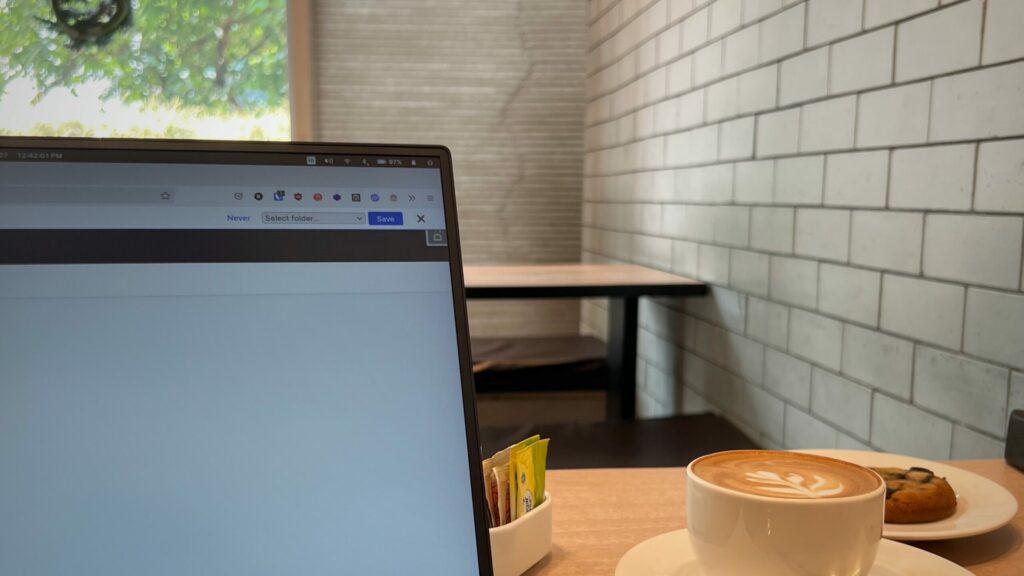 This has been a difficult month in terms of getting work done — any work done. The featured image you see is from one of my café outings to work in a new, different, and slightly more social environment. That really helped, I think.

Finishing up my email sorting.

Since I moved to Fastmail, I had procrastinated on finishing up the sorting process. This mostly involved back-labelling thousands of emails, so they’re more accessible.

After waiting months for the drive to strike, I followed Nicholas Danes‘ footsteps and removed labels completely from my inbox. I do have a couple of rules to keep very frequent emails from alerting me on the desktop or on my phone, but other than that, I’m going to keep this vanilla.

I currently only have less than 10 emails in my inbox, while everything else is in archive. They sit there because I need to take action (reply) on them, that’s really it.

I think I’m just bored with GNOME and Pop!_OS at this point. I’ve been using it since 2018/19, and it had been rock solid stable for most of that time.

Lately I have to say it’s been less so. Not sure if that’s on account of GNOME going through major changes, or System76 deciding to throw its weight behind its own desktop environment, or something else entirely.

Enter elementary OS. I’ve been tooting about it. For the most part, I really like it. I think another reason for me to move was to feel excited about things again — and have that rub into my work which was really difficult mentally this month to keep up with.

All in all, my move to macOS is imminent. Failing that, probably a high-end Windows machine — maybe a Dell XPS again? I just want to get work done without being frustrated.

I am also cutting expenses, mostly digital. I have considered moving to a static site again since it’s free, but I doubt I can move back to that workflow. And moving all my posts over? SEO? Media? *Shudders.*

I’ve had to cancel my minor recurring donation to Snikket. I hope the project pushes the envelope for XMPP — it’s literally my only hope, to be very honest. Either Snikket succeeds, or XMPP stays a barren, niche protocol.

I’ll also ditch BunnyCDN soon, along with Google One and more. Although their prices are pretty affordable on paper, even for Indians, it’s still an unnecessary expense.

P.s. I’m trying to collect some donation promises for Metatext. Chime in?

That’s all for this month, and year. Oh, and happy new year to everyone! Stay safe and practice Covid-appropriate behavior 🙂 — the Omicron variant is everywhere.

All rights reserved for the featured image.